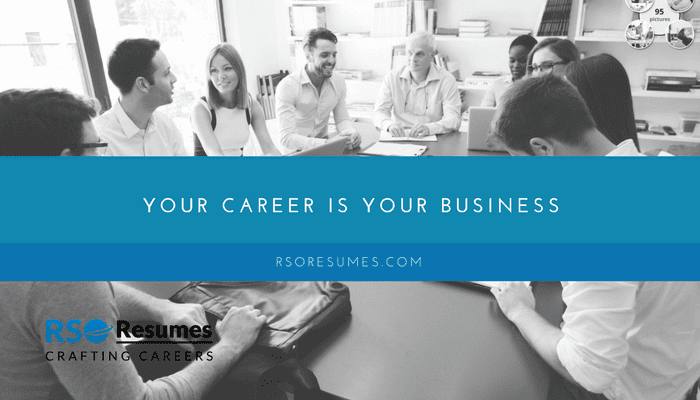 You are the product, and your employer is the market to whom you provide services. You have competition in the form of other people offering services that might be cheaper or superior to yours. Your personal business is also susceptible to other threats like a change in the needs of your customer/employer.

If you don’t plan ahead, you could become obsolete.

Like many products, you have a limited shelf-life. Likewise, you’ll need to maximize your profitability and plan for a time when you are no longer willing or able to produce.

Like any successful small business, you’ll need to begin with, the end in mind. No more meandering through life. You’ll think strategically and act with conscious intentionality. You’ll set an overarching goal and backward plan the steps you’ll need to take to reach each milestone along your long term plan. You’ll waste no time. Only do things that propel you progressively toward your long-range plan.

As a business owner, you understand the necessity of being loyal to your customers while not placing all your eggs into a single basket. To maintain your competitive edge, you’ll continually increase your marketability through continued education. To minimize your risk, you’ll maintain an active personal brand that will:

The primary difference between an employee mindset and that of a business owner is the former type responds to events the later creates them. Employees react to external circumstances. Owners plan ahead so that circumstances become opportunities.

Beyond not having the proper mindset, the two biggest mistakes we see an employee make when not taking ownership of their career is:

A well-written resume is an integral part of a personal brand, but it is not the entirety.

The best resumes are not crafted in response to an event. Instead, they are living documents that are continuously refreshed and play their part in the personal brand. The resume is one of the important documents that work together strategically to communicate your unique value and accomplishments in the context of your next milestone along your career path.

Working for an employer can be an incredibly smart thing, or it can feel like indentured servitude. There are companies with positions that offer distinct advantages over being a traditional business owner. You can attain higher pay with much less risk. You can enjoy “business hours” with the ability to shut work off when you aren’t there. You may appreciate the capability to leverage company assets for your own professional growth. Your time with an employer could afford you the opportunity to specialize yourself professionally—which could increase your income, reduce your competition and improve your professional marketability.

Don’t become obsolete: Once you build a career progression plan use your personal brand assets to showcase your current achievements, in the context of the next step along that progression, to your professional connections.

The oil fracking industry took off. He took a job for $40,000 a year with an oil company. While on the job, the employer paid for this certification and training as an underwater welder. He made an internal transition to the new position as an underwater welder on a deep sea oil rig in the Gulf of Mexico and was now earning $88,000. At the time, oil prices were skyrocketing.

The future was looking bright. A few years later oil prices tank. Within months, Ben and many others were laid off. Ben couldn’t find a new job as an underwater welder making the same money. After six months out of work, he took a job as a shop welder with a local manufacturing company for $14 an hour. He is now making $11,000 a year less than he was earning 15 years ago when he first started his career.

During her Junior Year in college, Sarah attended a seminar on personal branding.

She created long-range career goal with milestones and timelines. Sarah took her first job after college with a consumer technology company. Working as a customer service representative in a call center she was earning $22,000 a year plus benefits. Unlike many college grads, she strategically targeted a position within this company because the promotion opportunities aligned with some of her career milestones.

After one year, she was promoted to team lead with an $8,000 raise annually. After one year in this position, she made an intentional move to a major company in the same industry earning a promotion and a $20,000 a year raise. She worked in this position for two years before taking a position at a different company and was now earning nearly $90,000 annually. Do the math. In just 4-years after graduation from college Sarah was earning six-figures including her benefits. Had she still been working at the first company she may be earning $45,000 or less.

Sarah maintains her personal brand to include her most recent accomplishments that demonstrate her capability to accept the next level in her career progression. Even before she graduated college, Sarah was paying a consultant to maintain her resume, personally branded career website, and LinkedIn profile. Over four-years she paid nearly $10,000 to maintain her personal brand. The cost breaks down 5.2% of her annual average salary over four years. She’s only getting started.

The most valuable difference between Sarah and Ben is that Sarah is intentionally and strategically building an network of professional contacts both online and through industry conferences.

She’s been reliably demonstrating her thought leadership with articles she writes and distributes on her LinkedIn profile, on her personally branded website, and on influential industry blogs. She creates demand for her product so that she can leverage this demand into better opportunities. Sarah drives her career as a business. She doesn’t sit idle and respond to events that happen around her.

Sarah was laid off without notice due to a corporate merger. She notified her professional network and had interviews within a week. Within 10-days from her layoff, she has a new position with a great company that included a $5,000 a year salary increase. As a part of her career progression strategy, Sarah fully intends to be earning a base salary of $250,000 or more within the next four-years.

Who would you rather be a Sarah or a Ben?

How about a person who reacts to circumstances–a person whose career progression is determined by events deemed beyond personal control? Or would you rather be the kind of person who takes conscious control of their career, treats it’s like a business—and consequently invests in personal brand marketing?

Ready to take control like Sarah did? Begin treating your career as a business. Take the first step toward building your personal brand. Request a 15-minute complimentary consultation with RSO Resumes.